Labyrinth Lost is the first installment in Zoraida Cordova’s Brooklyn Brujas series. I was very excited by the premise of this book and was glad that it did not disappoint. The protagonist of this series is Alejandra Mortiz, a fifteen-year-old Latina who lives in Brooklyn. And, she comes from a long line of brujas and brujos who migrated to the United States generations ago.

“I think so. My mother’s family were run out of their lands in Spain and fled to Mexico. My dad’s ancestors were African slaves in Ecuador. They went to Panama and then Puerto Rico. Somehow, my blood comes from all over the world and settled in Brooklyn. Brooklyn is my home.”

However, her beloved aunt Rosaria’s mysterious death and her father’s recent disappearance leaves her emotionally raw and hurting. Eventually, she becomes afraid of her magical abilities, convinced that they are a curse rather than a gift. When a bruja turns sixteen, she must celebrate the supernatural counterpart of Quinceañera, Deathday, for her powers to truly manifest. But the problem is, Alex wishes to be set free from magic. Her mother and older sister, Lula, are both healers, but saving others comes at varying costs. The cost of healing magic can be as small as getting bruises and cuts on their arms or as big as losing their lives depending on the difficulty of cantos (spells) they perform. Meanwhile, Rose, the youngest in the family who can sense spirits, is forced to grow up much faster than those her age. Disillusioned with her world, all Alex wants is to do is to keep up good grades and go to a university like all her nonmagical, sinmaga, friends. But can she really stop Deathday from happening? As it is usually the case in paranormal romances, Nova Santiago, a dashing but troubled teenage brujo with strange tattoos curling up his arms, appears in her life just when she desperately needs a way out.

Ironically, Alex turns out to be an encantrix, the most powerful and gifted of brujas. This also means that evil forces are keeping an eye on her. The Deathday ceremony goes horribly wrong and catapults the pair, Alex and Nova, into Los Lagos, a realm between the living and the dead currently ruled by a being called the Devourer. This journey to the Labyrinth at the center of this universe had a Wizard of Oz vibe to it as Alex and Nova are faced with choices. Will they choose the path that seems most inviting? Or will they heed the warnings of other sentient and magical beings — avianas, duendes, and adas — they encounter in Los Lagos? Regarding the world building, I am curious to see if we will get more elaborations on the polytheistic belief system of brujas, in which there are thirteen high deos and numerous lesser deos.

Another important story arc involves Alex’s bisexuality, and puts her in a love triangle with her best friend, Rishi Persaud, and Nova. Unlike Rishi, Alex seems to be less aware of her own sexuality. However, they find out that there is more to their friendship as events unfold. The second book in the series, Bruja Born, is already out and I will be interested to see how Cordova continues to develop this dynamic between characters. It is also fascinating to see how Rishi, who is a sinmaga Indo-Guyanese, attempts to understand the Mexican and Afro-Caribbean mythology inflected religion of the brujas by making comparisons with Hinduism. What I like most about the Brooklyn Brujas so far is that it not only adds to a growing archive of fantasies based on non-Northern European mythologies but creates that diversity with care. I should have predicted the twist towards the end as there were plenty of bread crumbs left on the trail. But, I was so immersed in figuring out the contours of this world that I was actually taken aback by it. On the whole, an enjoyable read! 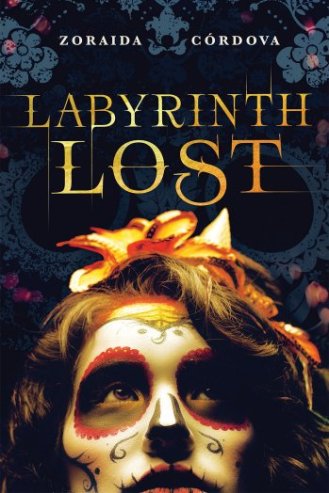 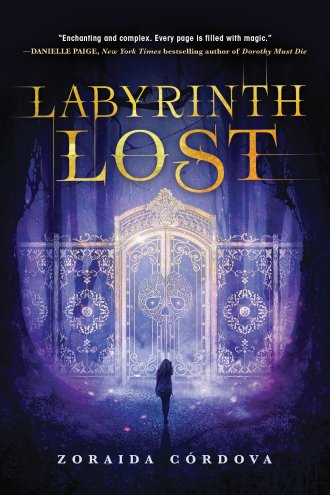